This summer has been tumultuous, filled with sorrow and excitement. The sorrow was the unexpected death of my brother-in-law and the expected loss of my uncle. The excitement came at the Romance Writers of America Conference in Atlanta.

In the latter part of June my husband got the call telling him he’d lost his brother. Quite a blow for brothers so close. We live seven hundred miles apart but they talked so often that it seemed they were together all the time.

Dwight had a rare disease and we knew each day was a gift. After being diagnosed with heart failure we thought he had only a few months. But the specialist he saw at Vanderbilt happened to have worked with a physician in Boston who was on the forefront of research about the disease. Dwight went to Boston for treatment – chemo and stem cell transplant. It almost killed him. But he responded well to the treatment, returned home and gained strength. They  told him the damage to his heart could never be reversed but it would not get worse. That was six years ago. Six precious years – a gift from modern medicine with help from a higher power.

Dwight had a military funeral. We were grateful for the honor shown to him for his service in the Tennessee National Guard. Both Dwight and my husband served in the National Guard during the Vietnam War era. The. National Guard wasn’t appreciated back then (that’s putting it mildly). But their father, having served in Europe under Gen. George Patton during World War II, swore his sons would not go through what he went through. Without their knowledge he arranged for the brothers to join and brought them the paperwork to sign. They really didn’t have a choice. There was no arguing with their father about it. He understood why the National Guard would not be sent to Vietnam. They didn’t. They just knew they were in.

The Tennessee National Guard was part of the 30th Division. As such, they were pledged do defend Europe as part of our NATO treaty agreements. They couldn’t be sent to Vietnam because they had to be available to be sent to Germany if the Russians attacked. Back then, the Cold War was on and at times heated up when tension rose between the two super powers. Some believed that the Russians would take advantage of our involvement in Southeast Asia and would make advances in Europe while we were otherwise occupied. It was important that we did not forget our committment in Europe.

As part of the Tennessee National Guard, Dwight and my husband saw action keeping the peace on the streets of Memphis after the assassination of Rev. Martin Luther King. Frightening times with rioting in the streets of almost every major city in the country. Snipers shot at firemen and the Guard had to stop the snipers. And the looting and the violence. They did a good job and were commended for their handling of the situation in Memphis.  Years of  intensive training followed so that the Guard units would be able to handle any domestic situation from flooding rivers to riots.

Dwight deserved the honor. So did my uncle who passed away the day we buried Dwight. Uncle Roland served during World War II. They say on the news that we are losing these veterans every day. I can personally vouch for that. Uncle Roland was ninety and had been ill for some time. Like my other family members who served in that war, by the time I realized I should talk to them about it (if they would have talked to me) it was too late. I do know that Uncle Roland was in the Pacific Theatre and served as part of the first occupation forces in Japan. I was pleased to learn that his children, grandchildren and even great-grandchildren are interested in preserving the WWII memories of our family. So I plan to pursue research into Uncle Roland’s service as well as my other uncles who served. 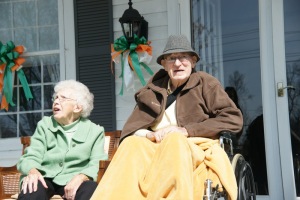 I mentioned at the beginning the excitement of the RWA Conference in Atlanta. Wow! It’s hard to convey the experience. My first national conference turned out better than I imagined. Frightened at the prospect of stepping way out of my comfort zone, I made up my mind that I was going and that I was going to get as much out of the event as possible while trying to remain calm. Everyone told me to have fun but I didn’t really believe I would. I was pleasantly surprised that I did. I cannot describe the feeling of being surrounded by two thousand plus talented writers, both published and unpublished. And sprinkled throughout were literary agents and editors from numerous publishing houses. I’m please to say that I pitched my WWII love story to both editors and agents and now I’m busy sending it off – synopsis, partial manuscript and full manuscript to the ones who wanted to see it. No guarantees – but I’m thrilled to have these professionals look at it. Putting me a big step closer to being published.

We have to celebrate our triumphs while we can. Life is too short, even if you make it to 90. Every day is precious. And sorrow comes to us all. We must have the strength and the courage to keep going. And for me, that means keep writing.

One thought on “Summer of Sorrow and Excitement” 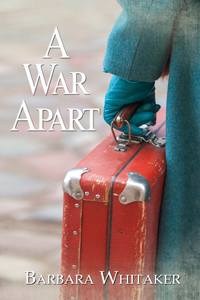